Suited-up (though not yet for the cosmos) with a three-year grant from NASA, the Weill Cornell Medical College geneticist will study the biology of the only set of identical twins who’ve ever left Earth’s atmosphere, scouring their genetically identical DNA and RNA to see if human space travel leaves a genetic fingerprint.

“I often find that you can learn the most about fundamental aspects of the human genome or biology by looking at how it responds in extreme situations,” said Dr. Mason, assistant professor of physiology and biophysics at the HRH Prince Alwaleed Bin Talal Bin Abdulaziz Al-Saud Institute for Computational Biomedicine and assistant professor of neuroscience at the Feil Family Brain and Mind Research Institute. “This is one of the most extreme situations the body can go through.”

NASA will send veteran astronaut Scott Kelly to the International Space Station next March for a one-year mission, while his brother, retired astronaut Mark Kelly, remains on Earth. To capitalize on this opportunity, the space agency selected and awarded a team of 10 principal investigators a combined $1.5 million to study the molecular, physiological and psychological effects of humans rocketing into space.

The brothers will give blood samples at various intervals before, during and after the mission. Dr. Mason and co-investigators Dr. Ari Melnick at Weill Cornell and Dr. George Grills at Cornell University will then study those samples to see how DNA and RNA change during space travel. They will investigate how genes respond to microgravity and whether gene expression and behavior change while in space. They also will explore whether space travel drives changes between different cells in the body that carry new mutations — or changes to DNA and RNA.

“Human space travel is a long dream for humanity,” Dr. Mason said, “and if we can contribute to this goal by understanding how the body responds at the molecular level, that will make me very happy.”

And he’s ready to jump on a rocket if it aids the scientific cause.

“NASA hasn’t said if they will need to send me to space,” Dr. Mason said with a chuckle. “But I’m still hopeful they need me to help with the blood draw in zero gravity or to write some zero-G code.” 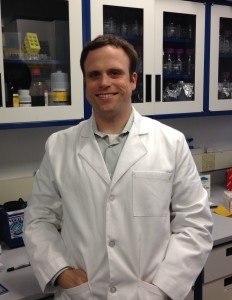