Bringing Sight to the Blind

Bringing Sight to the Blind

Dr. Sheila Nirenberg and her team at Weill Cornell are developing a new treatment for blindness: a prosthetic device with the capacity to restore normal or near-normal vision.

There are 25 million people worldwide who are facing blindness due to diseases of the retina – diseases such as macular degeneration and retinitis pigmentosa – and they have few treatment options. The drug therapies available are only effective on a small fraction of patients, so for the large majority, their best hope for regaining sight is through prosthetic devices.

Up until now, these devices have only been able to provide very limited vision. They allow patients to see bright light and high contrast edges, which provide some ability for navigation and gross feature detection, but they are still far from providing patients with normal representations of faces, landscapes, and other detailed features.

Efforts to improve prosthetic performance have focused largely on increasing the number of stimulators the devices carry. Increasing the number of stimulators would allow more cells in a patient’s eye to be reactivated. A common analogy is that a patient’s eye is like a camera with damaged pixels. The more pixels you can replace, the better the picture.

“But there’s another critical factor, too,” said Dr. Nirenberg. “Not only do you need to stimulate large numbers of cells, but you also need to stimulate them with the right code – the code the eye normally uses to communicate with the brain. This is because the camera analogy only holds in part. The eye does, essentially, take a picture, but then it goes much further. It converts the picture into a code the brain can read, a code the brain is expecting. For a prosthetic to be effective, it needs to do both – acquire pictures and convert them into a code the brain can utilize.”

Nirenberg and her group recently made a major advance in this area. They deciphered the code and are building it into a new kind of prosthetic device, which they have already tested on mice. The work is described in the Proceedings of the National Academy of Sciences (Nirenberg and Pandarinath, 2012).

They are now developing plans to test it on humans, which includes converting the components of the device to FDA-approvable versions and initiating Phase I clinical trials. An exciting feature of the technology is that it will not require surgery, as current prosthetic devices do.  Instead it uses a combination of gene therapy and an external device: a gene is injected into the eye, and a small device, which can be worn on a pair of eye glasses, then interacts with it to deliver the code to the brain. 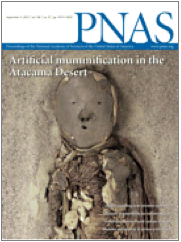 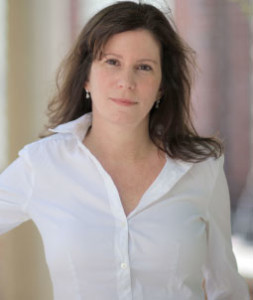